Allied victories at Milne Bay and along the Kokoda Track destroyed Japanese plans for capturing Port Moresby. However, 9000 Japanese remained entrenched in the eminently defensible northern beachheads of Buna, Gona and Sanananda.

The weary Australian units, who had pushed the Japanese across the Owen Stanley Range, were called upon to attack and capture Sanananda and Gona, even though many units were down to one-third normal strength. Lieutenant General Robert Eichelberger, Commanding General US I Corps described the Japanese utilisation of terrain “perfect” and “brilliant’ at Buna. Two regiments of the United States 32nd Division were given the task of capturing Buna. Together the Allies would finally push the Japanese out of the territory of Papua. This extension is perfect for those wanting to visit these important Allied battlefields as we walk in the footsteps of those who served and those that paid the ultimate price in 1942-43 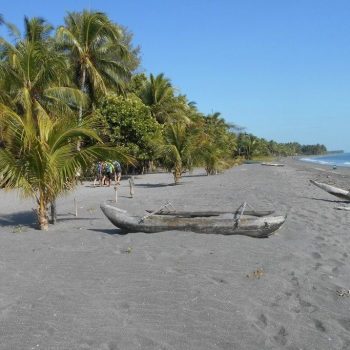 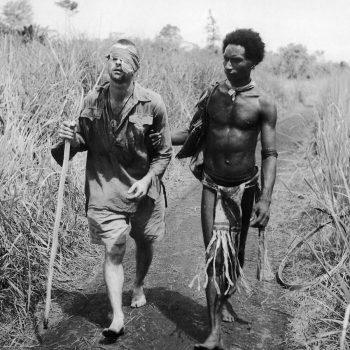 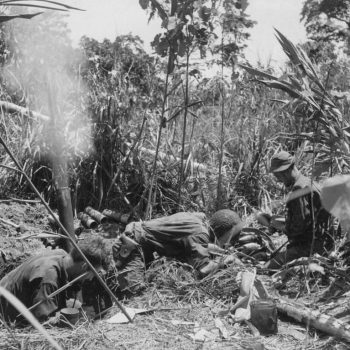 Travelling north from Popondetta we will visit the local war memorial containing magnificent interpretive panels on the battle for the Beachheads. We will make our way to Gona. At Gona beach your Historian will describe the fierce fighting that took place in the area as the battle of the Beachheads began. Boarding our boat, we will take a short ride down to Haddy’s Village before continuing by boat to Sanananda. On arrival in Sanananda we will be treated to a traditional welcome dance before checking into the Sanananda Guest House. You may swim in the warm waters of the Solomon Sea before our evening meal. Along the way you will see a large section of the coastline which features in not only the earlier Japanese landings but also in the Japanese defeat.
(B, L, D)

Today we will wake up to the sound of waves as we make our way to the mess hut. This morning we will take a ride up to Buna where your historian will take you on a guided tour of the village. In Buna we will see both the US 32 Division and Australian memorials as we walk along the same road depicted in the famous George Silk photograph. Your Historian will recall the story of SSgt Herman L. Bottcher, USA Platoon Commander ‘G’ Company, 126th Infantry, who with 18 men, one machine gun, and ‘sheer guts under fire’ held off a Japanese force that flanked him on two sides and numbered in the thousands. We will also see the only example of the last known Japanese bunker complex before returning to Sanananda for lunch. In the afternoon we will tour Sanananda Village taking in the 55/53 Battalion memorial, the Wirraway wreck and the Japanese hospital. Those who are feeling up to it will walk along the road to view Huggins’ Roadblock where your Historian will bring to life the story of Captain Huggins who assumed command of companies of the 126th Infantry, 32nd Division, tasked with securing a tactical choke point to thwart a rapid Japanese advance across the Kokoda Trail. Huggins’ bravery under fire and his ability to hold a numerically superior Japanese force at bay, laid the groundwork for an American victory in New Guinea.
(B, L, D)

Up early as we make our way by road to the Girua airport. We will check out the B-25 wreck before returning to Port Moresby. We will then return to the comforts of the hotel to relax and have free time, along with the opportunity to get a shirt ironed and medals prepared for the service in the morning. We will have an early dinner before preparing for an early start the next day. (B, L, D)

★ Service of an expert Historian/Trek leader

★ Extensive touring of the battlefield sites as mentioned

★ Transport via 4WD to Gona via Popondetta war memorial

★ Entrance fees as per itinerary

★ 2 nights at at Sanananda Guest House

★ Tour of Gona and Haddy’s Village

★ Services of a driver and experienced local guides

★ Gratuities to your Historian, local guides and driver

3-Days from $300 per person, twin share
Enquire online or call our friendly travel advisers on 844-400-BatteTours (Within the US)

We are a full-service travel agency and can book your entire holiday!

Ask about our airfare, hotel, car hire and river cruise deals, which offer great discounts when booked in conjunction with our tours.