On August 7, 1942, Allied forces landed on the island of Guadalcanal in the Solomon Islands, the first step in a battle that was to become the turning point in the Pacific War. Now Mat McLachlan Battlefield Tours is giving you the chance to walk in the footsteps of the marines, soldiers, sailors and airmen who fought in this iconic Second World War campaign, and to commemorate the anniversary of the battle. Around these islands in 1942/43, the contest was hard, the cost was high, the valour was exemplary. This tour is being run in conjunction with our US partner and will be led by US veteran, John Shively, who has escorted 6 Guadalcanal tours previously. 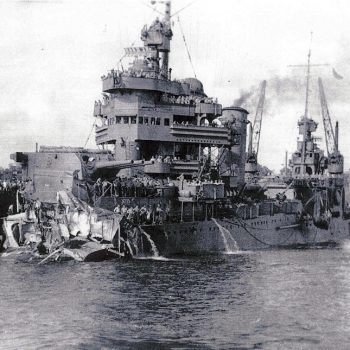 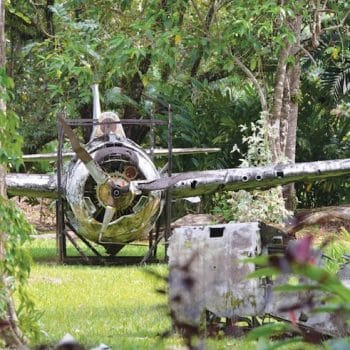 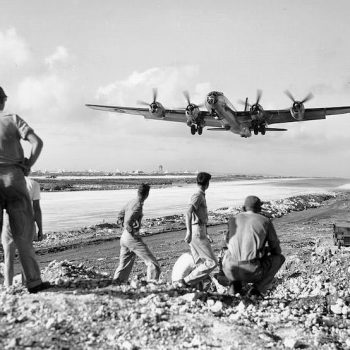 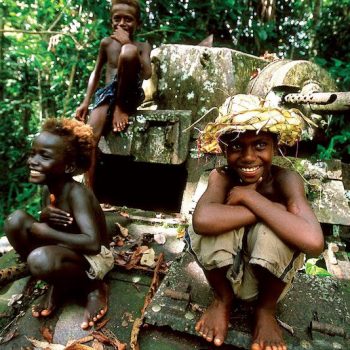 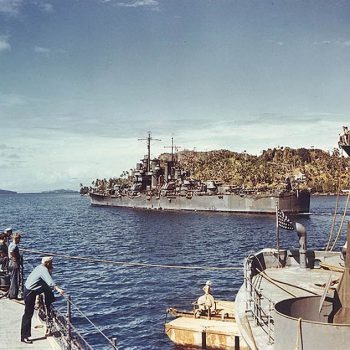 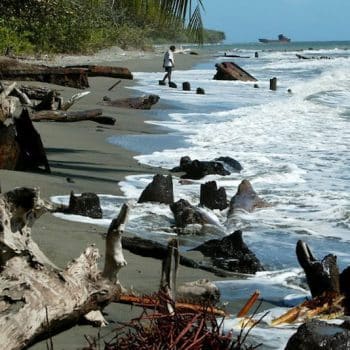 On arrival in Honiara you will be met by a representative at the famous WWII Henderson Airfield and then be transferred to our central hotel. After check-in, we will meet at the lobby of the hotel then begin our tour with a visit to the US Memorial on Hill 73, which offers panoramic views over the battlefield.

HIGHIGHTS  ★ US Memorial on Hill 73

On these days of touring, we will visit the Japanese Memorial on Mt. Austen; Galloping Horse Ridge; the Matanikau River; the National Parliament Building (a gift from the American Government on the 50th Anniversary); the Gifu; Fighter 1 and Fighter 3 and the Crash Strip; wartime front lines and position where John Basilone won his Medal of Honor; Henderson Field and its Heroes Wall; Alligator Creek; Red Beach; Edson’s Ridge; Carney Field; Koli Point area, scene of the November actions of the 7th Marines and 164th Infantry; Amtrack dump; visit California village, home of Sgt. Major Sir Jacob Vouza, the Solomon Islander who gave such valued service to his American friends; evacuation beaches used by Puller’s 7th Marines and retrace Puller’s move from Hill 66 to the coast where he destroyed the majority of the Japanese 3rd Battalion, 4th Infantry. On one of these days we will make the 32km crossing over Iron Bottom Sound by boat to the Florida Islands. On 7th August , B Co. of the 2nd Marines made the first landing on the Florida Islands. First stop visit to the rusting remains of LST 342. Then onto a Japanese destroyer in Tokyo Bay. The 1st Raiders and the 2nd Battalion 5th Marines pressed on with the Tulagi landings at Blue Beach. Later that day the 1st Parachute Battalion and the 2nd Marines attacked the smaller nearby islands of Gavutu and Tanambogo. (1 x boxed lunch)

Today is the anniversary of the Allied landings and a significant day of ceremonies. We will first attend a commemorative service at the US Memorial, built to honour the more than 7000 men who were killed capturing the island. Following the service, we will continue to the Coastwatchers’ Memorial, Sir Jacob Vouza’s Monument and Memorial Park to take pictures of newly dedicated trees/plaques

Today our journey comes to an end. You will be transferred to Henderson Field Airport for your onwards flight.

Your Return to Guadalcanal Tour Includes 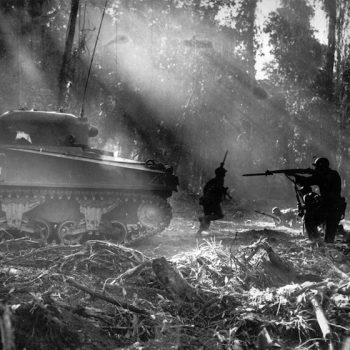 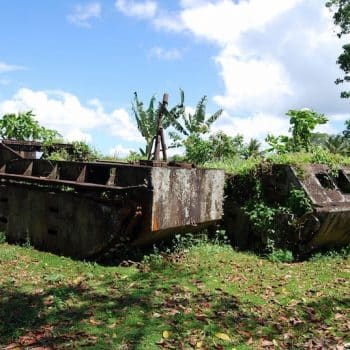 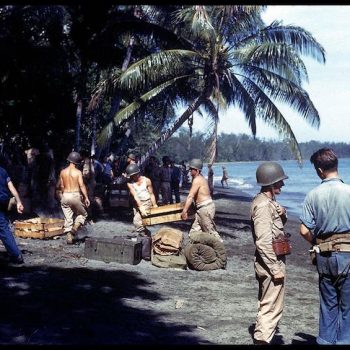 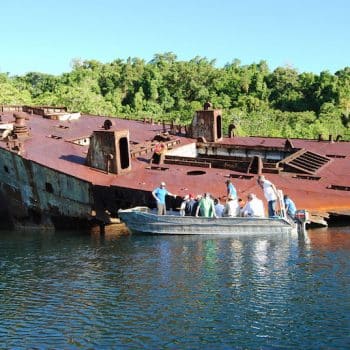 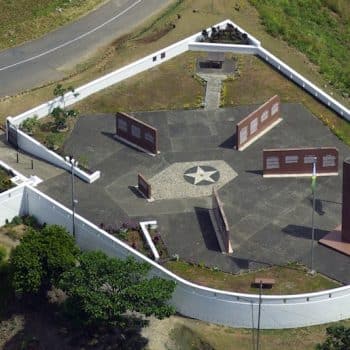 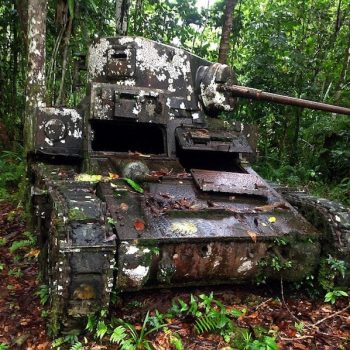